The difference between Sanders and Clinton means I'm #stillsanders

Sanders drove his own car around until a Secret Service detail was assigned to him. Hillary Clinton hasn't driven a car in years. Where Hillary makes a speech about inequality wearing a $12,000 Armani jacket (I am not making this up), Sanders dropped in on a drag brunch in West Hollywood to get out the vote. On the same day that Hillary says she will reach out to Sanders supporters, her husband Bill says that Sanders supporters are "toast". Where Hillary had nothing but contempt for the rules for government email as Secretary of State, Sanders flies coach when he does fly.

Sanders is humble where Hillary is cavalier. Where Sanders says that he has an uphill battle to win the nomination, the press has been doing nothing but cheerleading for Clinton and have disclosed plans to call the nomination for Hillary at 5pm long before the polls close in California.

But there is a far bigger difference that few Clinton supporters are willing to discuss. I've tried it a few times and I can tell you, at least on Twitter, they're not interested. Shown below are the numbers from Real Clear Politics. They collect poll results and then compile them for all to see. First, we see Clinton v Trump:

Now here is the same table, but Sanders v Trump:

The margin between Sanders and Trump is nearly 10 times what it is for Clinton. For weeks now, I've been receiving regular threats from Clinton supporters that goes something like this: A vote for Clinton is a vote for Trump. If you vote for Sanders in the primary, you can expect that Trump will be president. But then they tell me that I'm nuts to vote for and support Sanders, and they tell me that Sanders has no right to fight all the way to the convention. Well, Sanders has lawyers and he written a few laws in his time. I think he knows the rules well enough, so I suspect he knows what he's doing when he takes his fight to the convention floor.

There is a very nice website called feelthemath.org that covers the numbers in detail. There, they explore the math behind the delegate count to show that there is still a chance for Sanders to win the nomination. Here's how it works. Despite being instructed not to do so by the DNC, the press has been reporting the delegate count by lumping together the pledged delegates and the unpledged delegates, aka, superdelegates. Before even the first vote was cast, Clinton had already arranged support from more than 400 superdelegates.

Based on sources like feelthemath.org, we know for a fact that even if Hillary wins the California primary, she will not get enough pledged delegates to clinch the nomination. In fact, the odds of either Sanders or Clinton clinching the nomination through pledged delegates after the last primary election is over, is remote at best. The superdelegates don't count now and they will not actually vote until July.

From the speeches at the big banks, to her shennanigans at the Department of State, to her power play with the superdelegates, all of it reeks of personal ambition. I've had the chance to watch her closely over the last year and I'm left with the impression that she is like a petulant child waiting for her turn on the swing after being called out for taking cuts in line. In my mind, she simply lacks the maturity to be president.

Look back at those numbers from the polls. Clinton is teetering against Trump at +1.5% on average. Sanders has an average of 10.4% over Trump. Now compare polling between Sanders and Clinton and we can draw a distinction. According to Real Clear Politics, Clinton leads nationally against Sanders by 14%. But these polls are of likely Democratic voters, not of the nation at large. Polls between Sanders and Trump and Clinton and Trump are agnostic about party affiliation because that is not a factor in the general election.

The scope of the polls distinguishes them from each other. Polls between Clinton and Sanders tend to be lopsided because Sanders was not always a Democrat and only joined the party to run for president. Party loyalists will outnumber Sanders supporters in the primary election polls and will tend to best him in closed primaries.

In the general election, the nominees will have to make an appeal to all of the voters. Sanders has run as an independent for most of his political life, so he appeals to independent voters in a way that Clinton cannot. Fortunately for Sanders, independents make up at least 43% of the voters in America. That's how you get an electoral map that looks like this for Sanders: 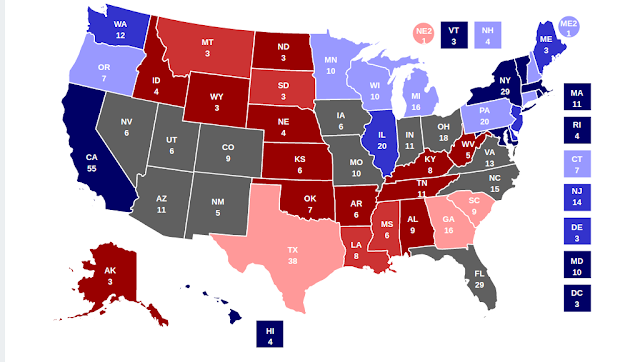 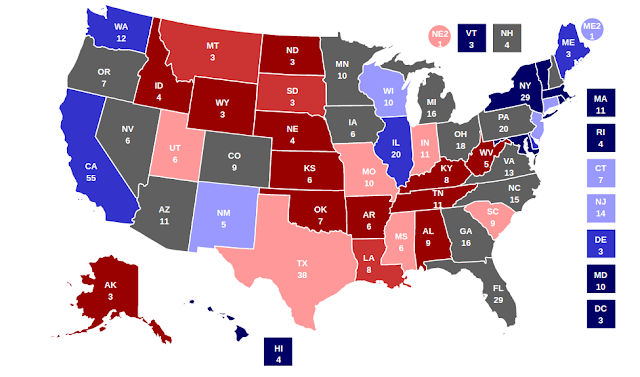 These maps and gauges reflect estimates of how the Electoral College will look after the general election based on current polling averages. Note the large difference between Sanders and Clinton. Sanders is likely to capture 246 delegates, compared to Clinton's 194, more than 50 delegates difference. Significantly, the number of tossups are much smaller for Sanders than for Clinton, Sanders 139 to 180 for Clinton. This indicates that Sanders polls much better than Clinton or Trump in swing states.

Given these kinds of numbers, the superdelegates may find it difficult to justify a vote for Hillary, even if she has received the majority of votes and pledged delegates from the primaries. If the job of superdelegates is to determine the superior candidate to run against Trump, they must consider that their nominee must appeal to more than just the members of the party who showed up to vote in their primaries. They must consider the nation as a whole.

At this point, the best we can say is that the mainstream media, superdelegates and large corporate donors are trying to dictate the nominee to the rest of us. If Hillary wins the nomination due to superdelegate support, it won't be based on the notion that she's a superior candidate to Sanders - she's not, nor will her "victory" be the will of the people. It will simply be another case of personal ambition run amok, enabled by a political establishment that is just beginning to notice that their days in power are numbered.
Posted by digitalfirehose at 11:30 PM